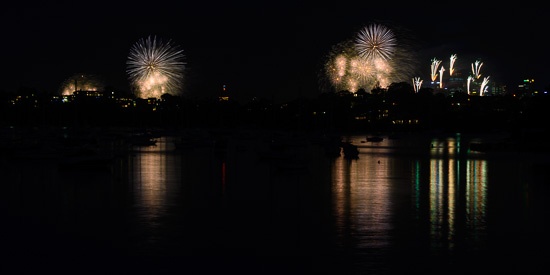 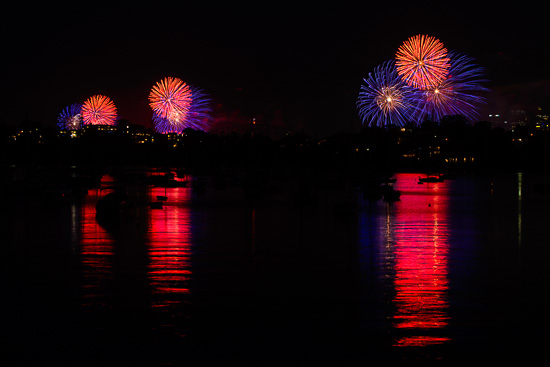 Spent a few days around Christmas at my parents house. My dad is a keen gardener (unlike his son :)) so they have a lovely flower filled back yard and a feeder for the birds. I’d brought my 50-500mm Sigma (BigMos) lens so I figured I’d try a little attempt at birding. The weather was pretty dull most of the time we were there (at least at the times the birds decided to come and feed) so we were pushing ISO to get any shots. 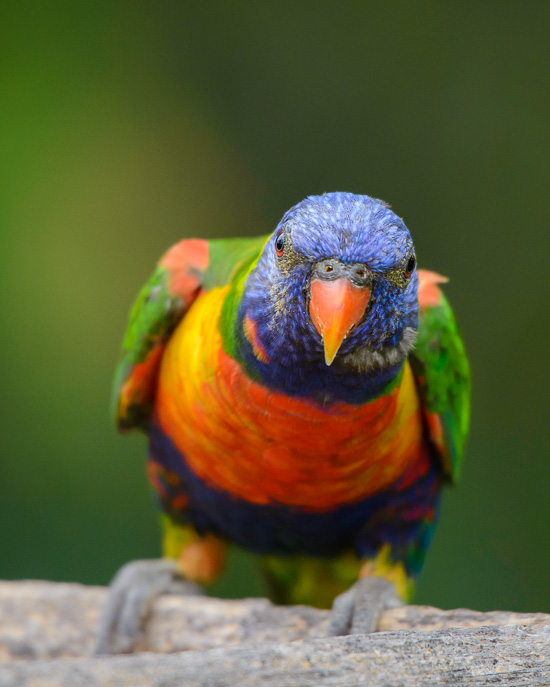 We spent a few days around Christmas with my parents and headed out to Jervis Bay to spend some time at the beach.

Here are a couple of my girls enjoying themselves at Greenpatch… 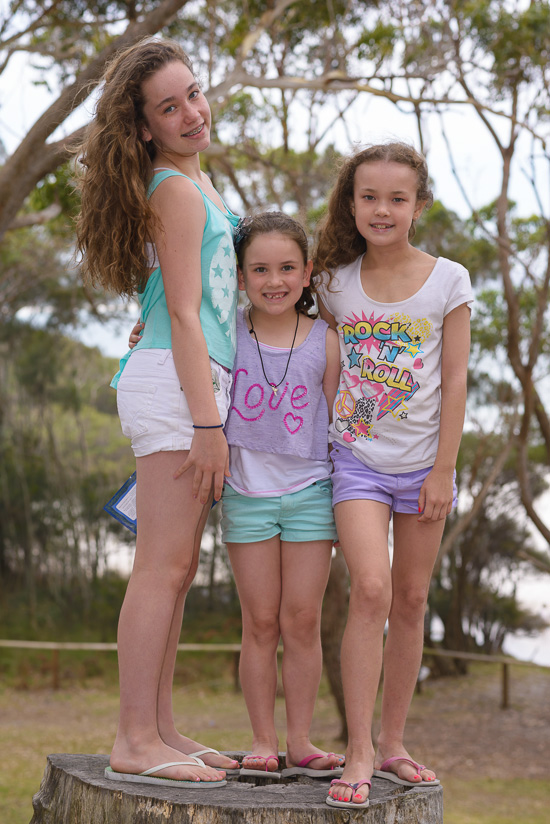 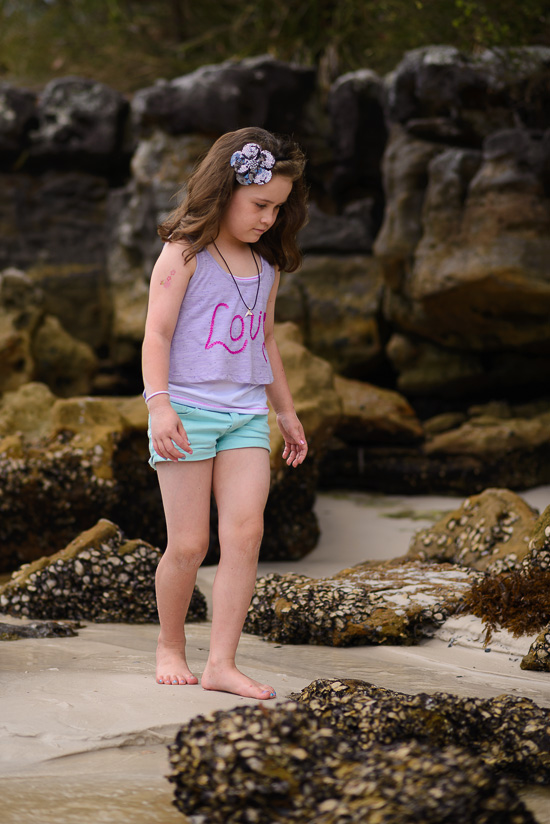 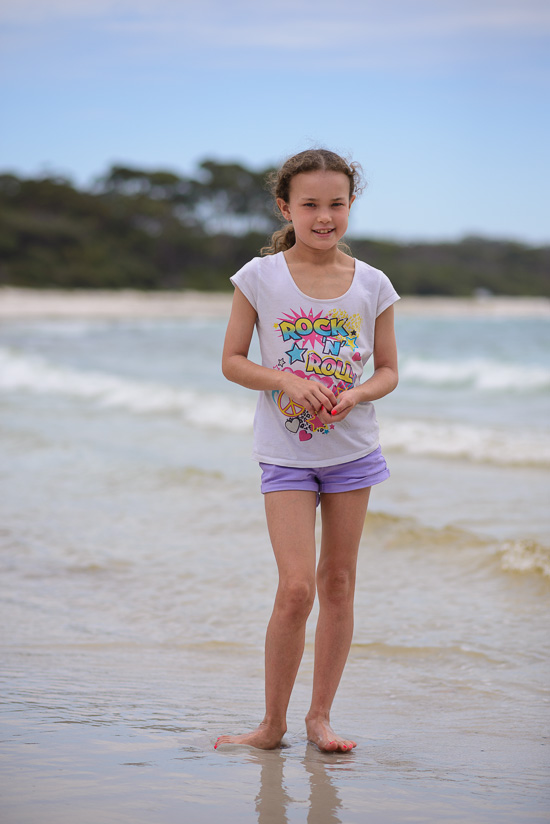 Our school and local community had it’s annual Christmas Carols night recently – I generally take images of the event and all the children having fun throughout the late afternoon and evening. It’s a good time to shoot and I’m often found out on the oval taking nice portraits of the children in the soft light of sunset. Usually I’m shooting with a fairly open aperture with a nice lens for portraits – something like the 85/1.8, 105/2.8 or even 70-200/2.8 and I mostly go for the closest eye tack sharp with it blending quickly to blur in background and foreground – like the following… 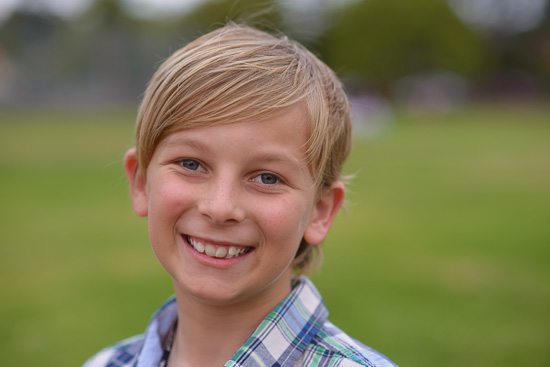 With this image it’s more softly focused basically everywhere so that even my main subject child is enough (not too little and not too much :)) out of focus – some might call this a technical error – however I like to think of it more as serendipity 🙂 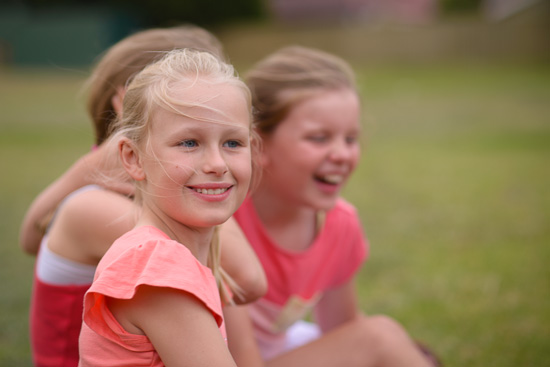 Once it got dark we grabbed our lightpainting gear and other “accessories” (shovels anyone?! :)) from the cars for a little late night work in the dark forest.

Whilst we had all wandered around separately and thus presumably got different shots during sunset – for the lightpainting session due to the nature of most of what we were doing (lots of backlighting subjects with flash for instance) we needed to have all the cameras clustered together so we didn’t get the light sources pointing directly in the frame of any of our cameras – the practical upshot of this will be that we’ll all pretty much get the same or similar shots.

It was really, REALLY dark in the forest… and the spiders… I’m thinking those beasts were putting up webs between the trees to catch bats not insects (that should give you an idea how big those suckers were)… stumbling around in the dark walking into giant spider webs with monstrosities the size of your fist… Shudder!…

From a post processing point of view I didn’t really do anything much to the night shots – they are very close to as shot with AutoWB; mostly just a touch of clarity, vibrance, shadow recovery and some sharpening, plus cloning out some small distracting lights in the distance

So onto my selection… 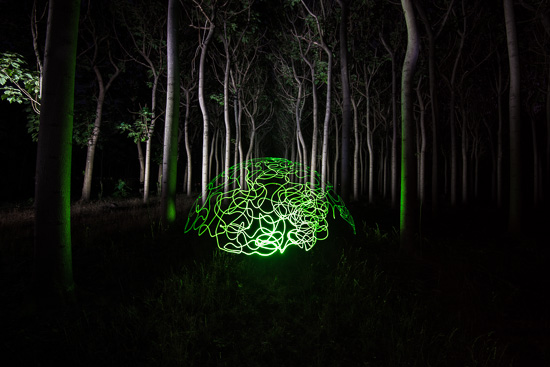 The following utilised a similar technique with the addition of some lightpainting of the trees from the subjects position along with the use of some incredibly expensive light painting gear (a.k.a. some children’s star wand toys :)) 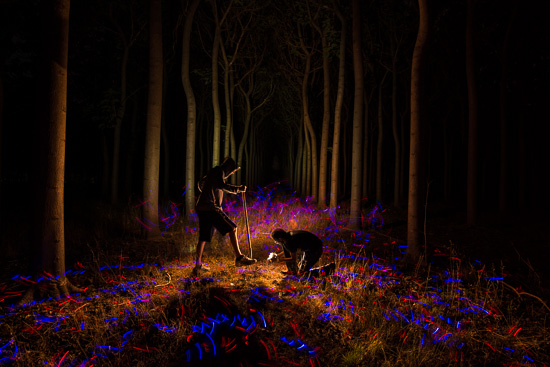