Once there we could see that it was placed nicely, sort of on the side of a large dune with lovely wind rippled sand sculpted around it and a nice shape to photograph

A lazy 200 second long exposure at f/5.6 with a touch of low light painting with Gerry’s uber torch from the side and a kiss on the tree and we have… 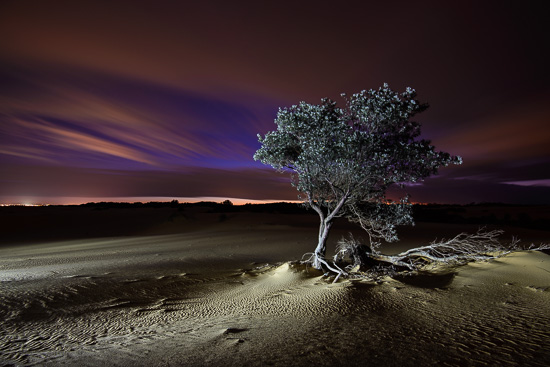 We moved to the other side of the tree and started shooting up the dune toward the tree so we’d just have the sand dune and the sky behind it but we only had black skies to contend with now looking away from where the sun set over an hour ago. We continued trying various light painting combinations using both white and coloured light and even some steel wool spins behind the tree

What we started to notice however in our long exposures whilst light painting were trailing stars in the sky and wouldn’t you know it the skies were really clearing (it was still quite windy). It’s milky way shooting time!!!… 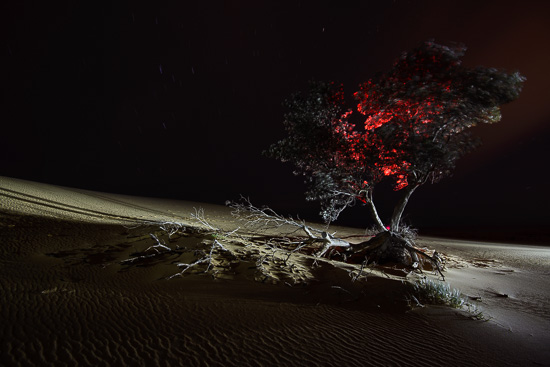 and this enabled us to start seriously trying some shots of the stars. It was really really bitter cold so we were no longer considering doing star trails (for which we’d need to hang around doing nothing for hours plus it would have been much better if we could have done a nice twilight shot beforehand for the foreground). We could however but do high ISO single static starfield images including the milky way so…

This final image is actually a composite of two (along with near zero photoshopping skill :))

– one 394 second long exposure shot at f/7.1 and ISO 100 – Suren lighting the dunes with low sculpted light from the far sides (most on the right and a touch of fill from the left), and a touch of white light on the tree, me with a red light torch shining up into the tree from below along with a burning steel wool spin behind courtesy of Gerry
– combined with a 31 second shot wide open at f/4 and ISO 6400 to capture the stars in an almost clear sky (just a few whisps of clouds left) 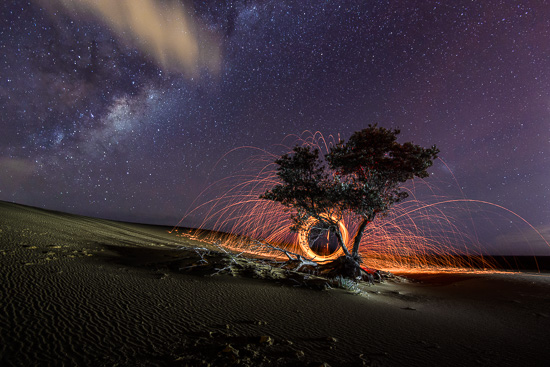 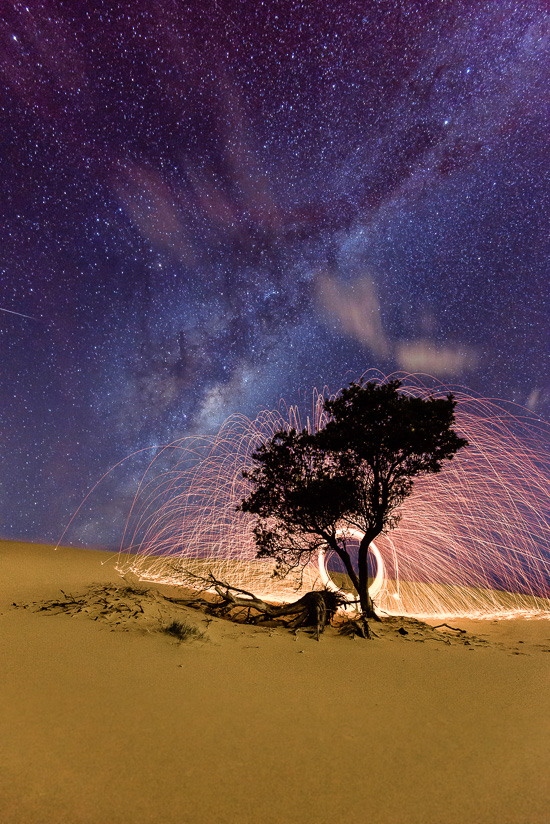