Continuing the morning session with the Focus crew at Warriewood beach 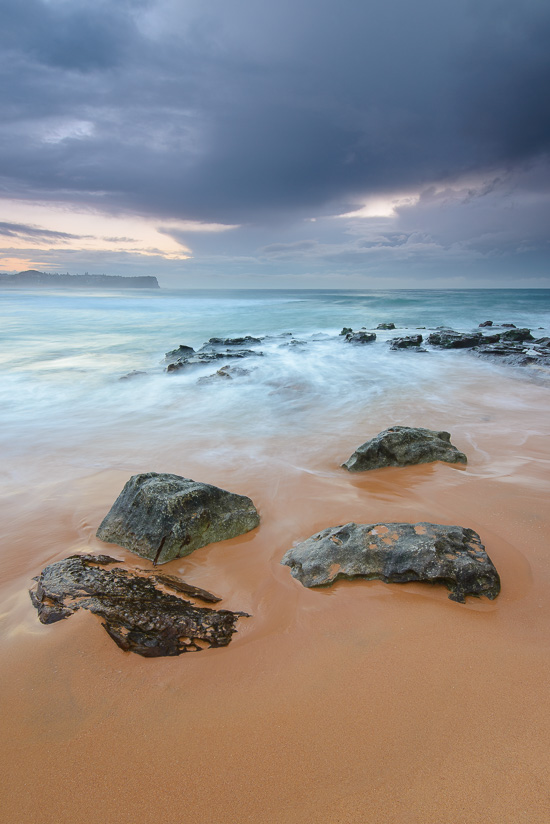 It was just past 6:20AM and still a few minutes till sunrise so I continued with some vertical compositions (I’ve been doing a lot of these lately). I stuck with the Formatt-Hitech 0.9 Reverse Grad stacked with the Heliopan CPL for all the shots

The real trick with seascape images like this is:

Setting up a nice composition to start with

Here I’m trying to layer the scene with the deep orangy yellow sand covering the bottom of the frame surrounding my chosen rocks. Then the swirling white water from the rising tide and waves followed by the rocky shelf and ocean in the midground and finally the horizon and sky in the distance

I’m looking for a relatively simple scene so I’m excluding everything I can that doesn’t add to what I want. Since it’s those rocks in the sand which are my heroes I want to allow ample space around them (and ideally with something consistent – like this nice contrasting sand). Notice also how I’ve made sure the rocks don’t merge (i.e. there’s no overlapping (you can see them all individually) and they also don’t overlap with other objects in the frame. I’ve also taken care to not have them run into or get close to the edge of the frame (i.e. there’s space around them) which also allowed for the water swirls around them in some frames

I find with these sorts of shots at the ocean on the rocks with waves rushing in and out I like to wait till the wave has already crashed in and the water starts to pull out (and is sometimes competing with the next wave coming in) before starting the shot (so I’m actually capturing the water flowing back out rather than in). Note that with the second shot just below however I’ve not done this and I’m capturing the movement of the wave coming in (so both can work and you’ll need to choose based on whats happening in front of you)

Just about on sunrise (6:25AM) – somewhere out there behind that very thick band of cloud right on the horizon… 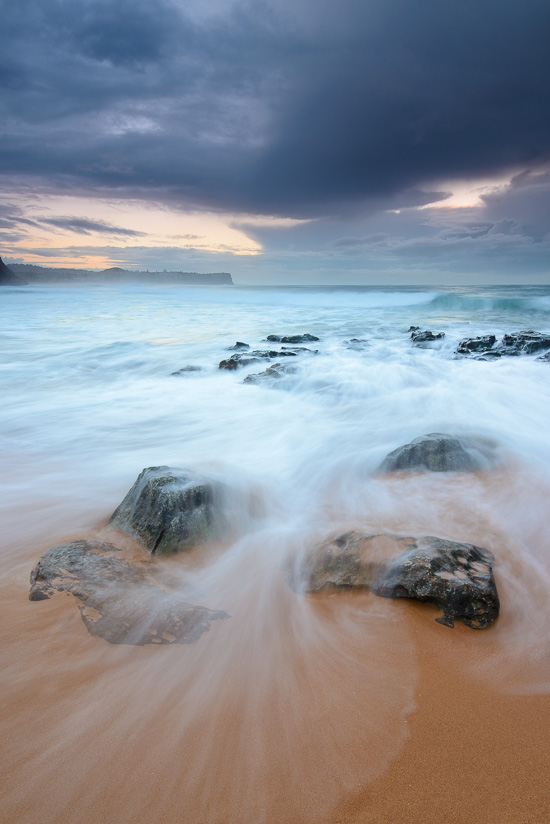 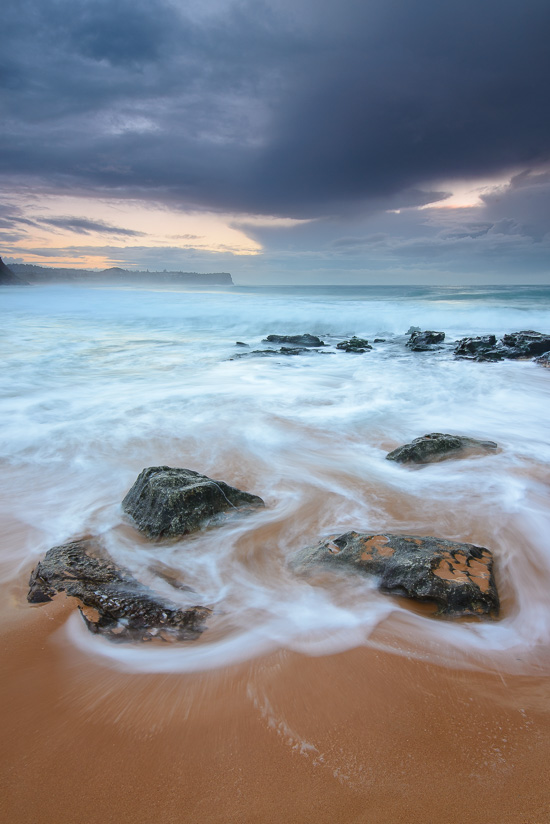 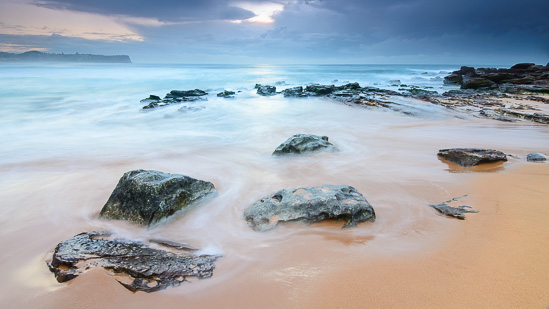