Note: These photographs (especially the wider shots) look much better when larger. To see larger versions in an inline overlay slideshow gallery viewer click any of the images below.

Living in the city I’d never flown my drone very far away. There were a couple reasons for this including the lack of nice open ground and airspace. However the main reason you can’t is the radio interference which kicks in after reasonably short flying distances of just a few hundred metres away. All those WiFi hotspots and other radio interference really just messes with the reception.

Out here however where’s there’s not even mobile reception it’s clear airspace.

I sent the drone up and flew out to the other side of Glen Davis (about 1.5km’s away). I had perfectly clear signal reception and could easily have flown much further I suspect. It was my first long range flight so I kept it simple. 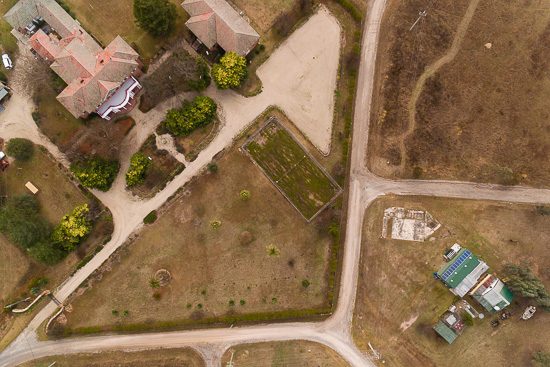 Took some stills and video of the now mostly abandoned town. The old streets are still clearly visible from the sky but many houses and buildings have long since vanished. 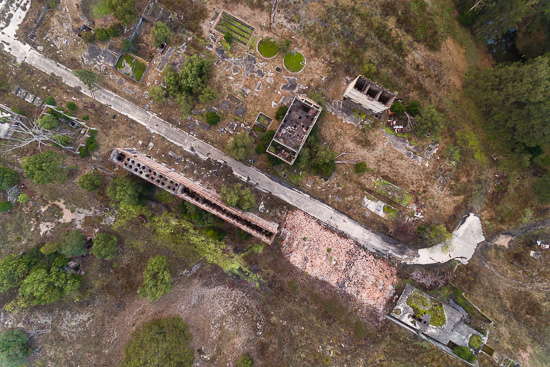 I then flew back past us and over the ruins of the Shale Oil refinery. This shot from above clearly shows a number of the old buildings and structures on the site. Including that large still standing brick building with all those sets of quad chimney ports. This was the building I was using for my star and milky way images the previous evening.